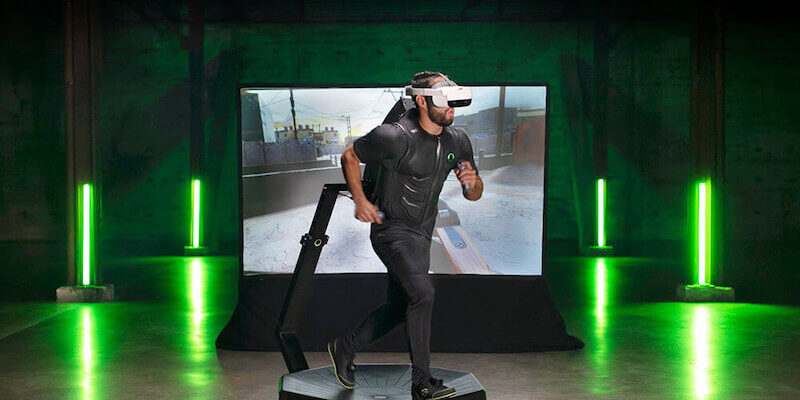 Virtuix is the company that created the Omni VR treadmill, launched a public fundraising campaign late last year to raise the necessary funds to release the Virtuix Omni One, a consumer version of the VR at-home mobility device. The second phase of the campaign (Series A-2) is coming to an end, with developers saying they’ve already raised $19 million from individual contributors who want a piece of the company.

The Omni One is a consumer version of the Omni device, which Virtuix said is optimized for home use, with developers making changes such as reducing the weight of the body, making the design easily foldable, and increasing range of motion, making it possible to walk, run, squat and jump. All this is possible due to the movement of your feet parabolic surface with low friction coefficient, but for this you need shoes that do not slip.

Unlike the commercial version of the Omni device, which the company sells to geolocation entertainment venues, the consumer version of the track has removed the support ring and changed a few other features as well.

According to Virtuix, the Omni One kit will also come with a separate VR headset, judging by the promotional materials it will be a Pico Neo 2 helmet. Certainly users will be able to connect Omni One to a PC and play VR games using their own helmets, but the company offers a full kit that works “by default,” Omni CEO and co-founder Jan Getgeluk said.

However, it is not known exactly which VR headset will come with Omni One; the company plans to create their own app store, which will support the VR treadmill. An integral part will also be a mandatory monthly paid subscription “Omni Online” to play online, it will be similar to Xbox Live and PS Plus.

Unlike most crowdfunding campaigns, which are usually pre-orders, Virtuix is accepting reservations from interested parties through a Regulation A fundraising campaign. The company has been testing similar crowdfunding equity investments since the U.S. government relaxed regulations on investments through the JOBS act, which allows the majority of the public to invest in private companies.

According to Virtuix, the Omni One device should go on sale in Q2 2021 and will cost $1,995. According to The Verge, the developer’s kit will cost $995, but there will be no access to the Omni game store, and it will not come with a VR helmet.

Smart Home
Smart Home – a Solution for All Generations
Children, teens, and young adults Even young children
You may also like